" D3 is a proposed analytical design system to address some of the shortcomings in the current housing development, taking into account the beginning of the design process for the dwelling unit, the construction process, and the flexibility in future development. "

The convergent design system is a “one fits all” design initiative, where every new development of design is a reprint of blueprints from the existing design. It implies to extreme compartmentalization and dissociation of internal elements, where service spaces such as kitchen, bathroom, etc. are built internally by interlocking with space, making the said service spaces difficult to interchange. While it offers a reasonable alternative of housing needs for the general population, the provided living environment is certainly not everyone aspired, due to its top-to-bottom nature that allows no rooms for the end-users to accommodate their specific needs. As a result, modifications of housing unit are made to match the occupants’ lifestyle, as well as to reduce ‘housing stresses’ that may decrease the occupants’ activity performance. In a wider context, the current mass housing design initiative is said to be considering more on the physical development of housing rather than on the sustainable inhabitation. 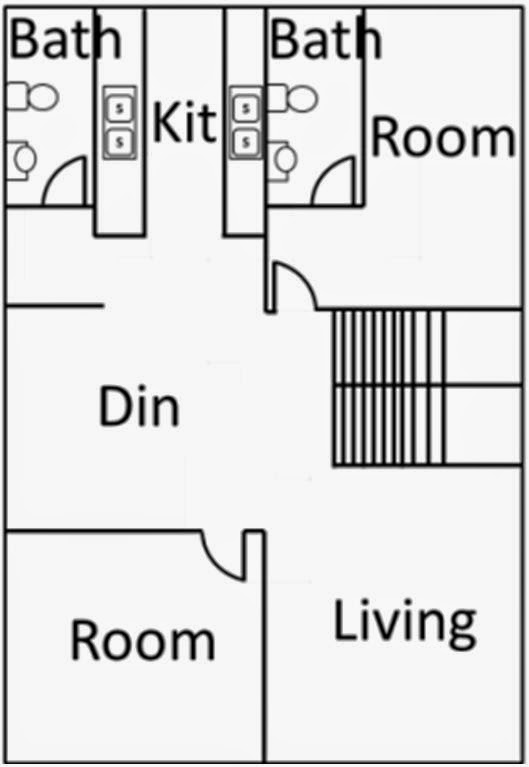 
The divergent design system, on the other hand, is an inherent design strategy of sustainable development that fully utilized the idea of flexibility. It is inspired by the Molecular Evolution Principle, where atoms combine divergently to form molecules in nature and at each level of molecular organization has emergent function. 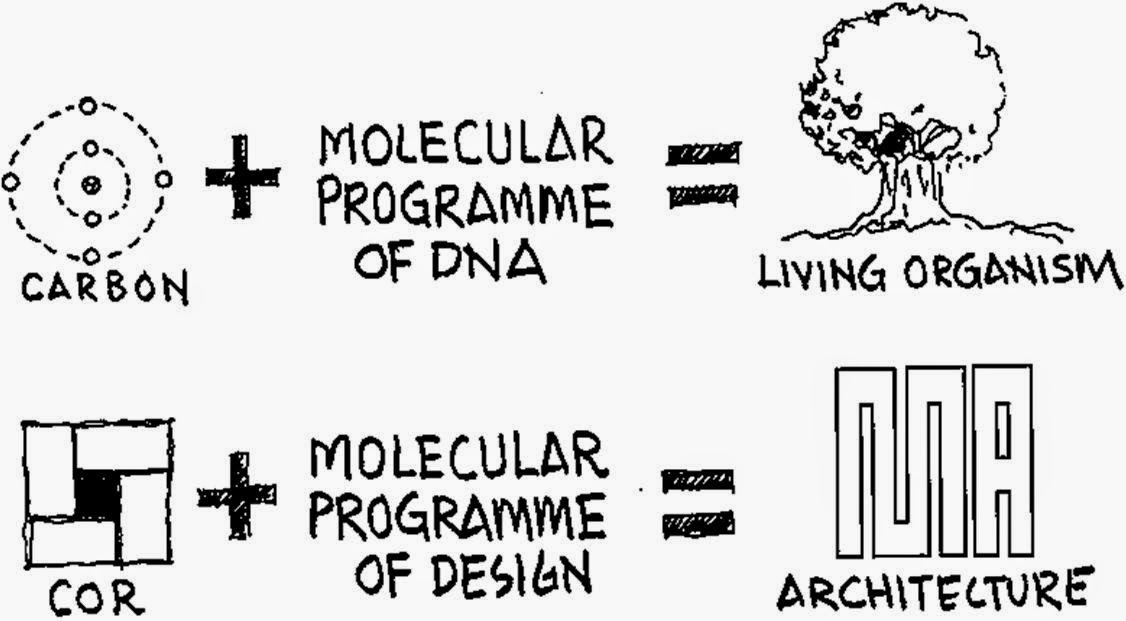 
The principle of molecularization helps to reduce the immense intricacy of architectural phenomenon in simple constant units whose combination effectively brings about formation of a larger whole. The key issue to be addressed here is how architectural design can accommodate freedom for change of preference even after the structure is built. This would be no different than the freedom enjoyed by atoms of nature where an atom grafted on another can remove itself to take up a different configuration altogether. By having the same models, same structures, and same constructions, it can produce millions of combinations, each of which is an example of a high level of form and function in architecture. 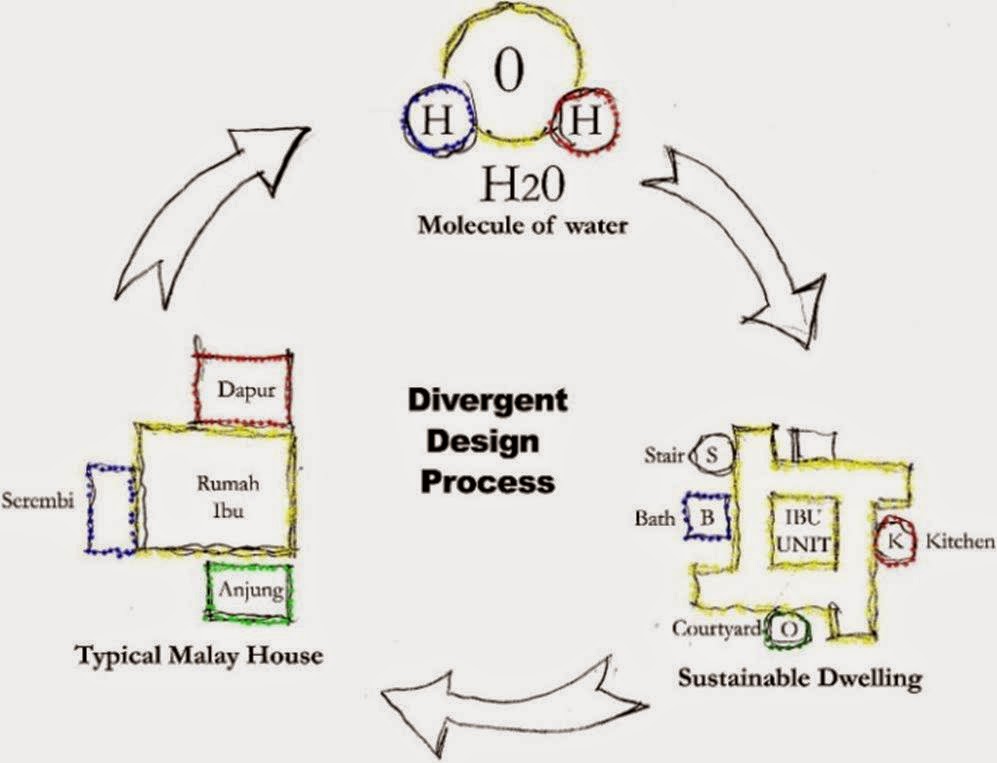 Nature as model and guide for the divergent design system


In layman terms, D3 is an architecture where service spaces are attached externally to form dwelling of which the service spaces can be changed to accommodate different functions with minimum or no disturbance to the core structure (COR). The concept is similar to the other existing facilities in modern industry (automotive innovations, electrical appliances, furniture, etc.), where each individual functional unit is freely bonded with the COR to serve different occupants’ requirement. 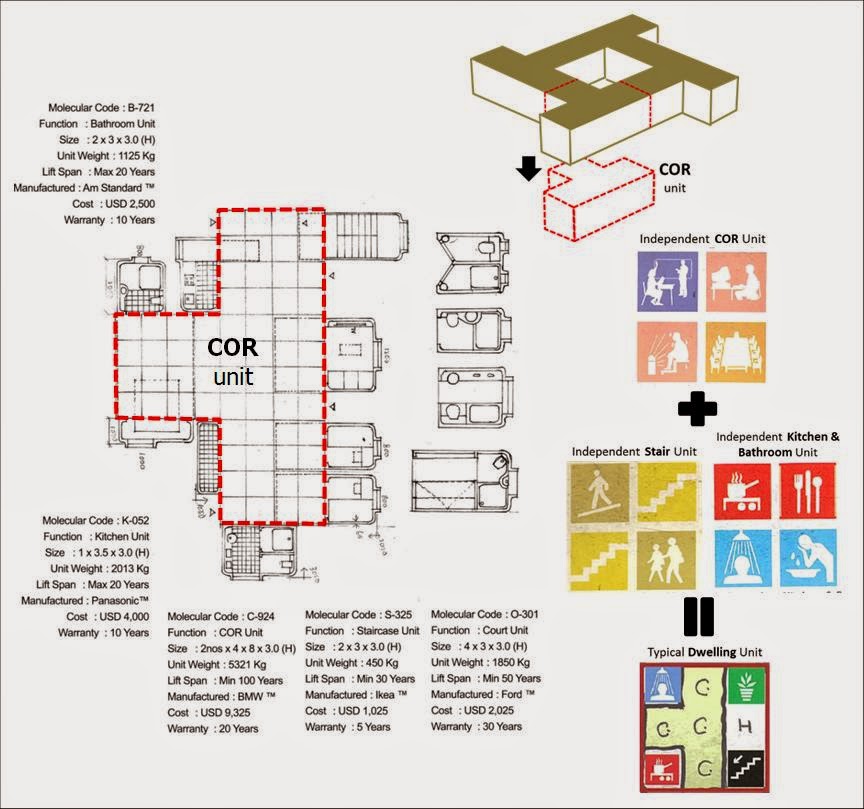 The concept of D3 system


The COR, as a module, is the most important aspect in divergent design system as it houses every independent functional unit of the dwelling and also forms the space for further expansion. The sustainability initiative here focuses on providing spaces to be used for a variety of purposes over time to suite the changing circumstances and necessity, be it the changes of household demography or the changes of resident’s living satisfaction. Since this kind of functional change can be done by merely switching of the independent units within the configuration through a simple process, the function of the dwelling unit does not need to be determined in advance. It can be cultivated and adapted to the occupant’s need whenever it is required.

For example, a residential space can be converted into a café by just incorporating a larger kitchen and more toilets; a laboratory or playroom or computer room when added with a unit space for teaching can be used as an educational institution. So similarly the kind of unit space or constant space can change its function from residential to commercial, without ever needing to change the basic unit. Moreover, with its ability to have component areas substituted, there is also greater flexibility to have new technological devices and equipment introduced.

Another feature of D3 is that the system amply utilizes industrialization in the formation of a unit. Due to its standardized nature, the unit constant allows for mass machine production. For example, bathroom and kitchen dimensions are fixed for mass production. The occupant has wide spectrum of choice with regards to products in the market. Since each unit is independently constructed by machine production, the development entails the use of technology and innovation, without the involvement of excessive site labour, time, and cost. In this sense, divergent design concept comprehends the advances of science and technology over time, thereby resulting in faster production at economical rates.

More crucially, it helps to boost a greater productivity, better quality, and an assurance of a growing and interested housing market in the 21st century. Once the design system is in tandem with serial production and standardization, there will be no bounds for the development of sustainable housing. It is because every detail can be perfected – just like the automobile and telecommunications industry, has seen continued advancement in technological innovations that have benefited consumers in the long run. 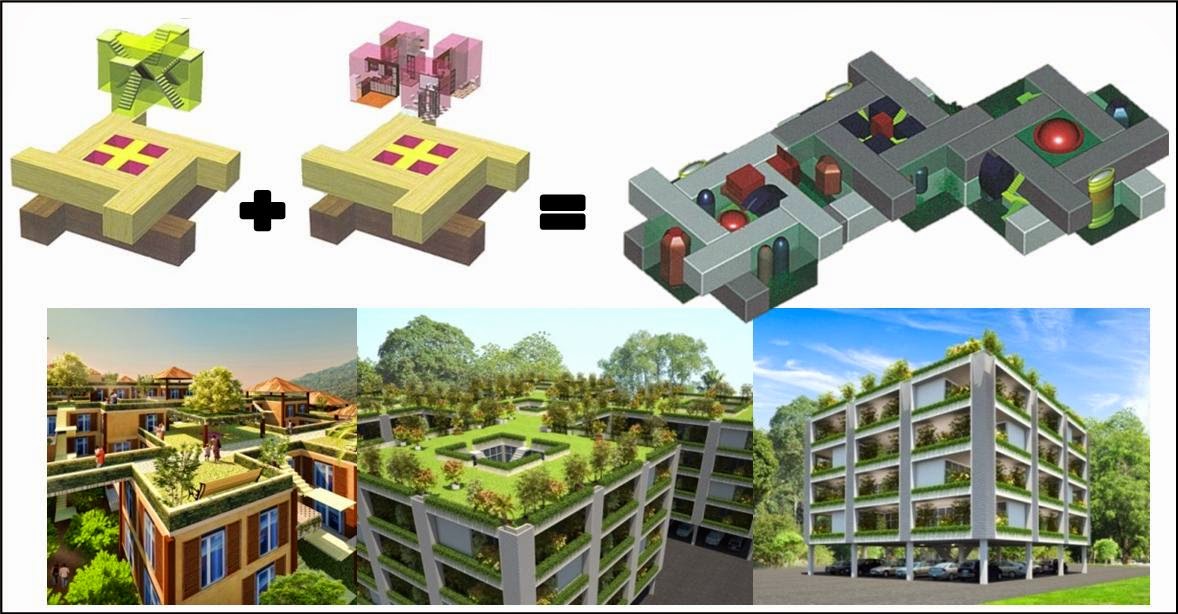 The formation of dwelling unit with D3 system

The purpose of CIB is to provide a global network for international exchange and cooperation in research and innovation in building and construction in support of an improved building process and of improved performance of the built environment.